In November 20211, Glass Lewis released their guideline updates for their main voting policies for 2022. The updates will be effective from the 2022 AGM season. Our memo summarizes the policy changes that will be applied across the UK and Continental Europe (as well as some specific updates from Germany, France, Switzerland and the Netherlands). The main changes relate to environmental and social risk oversight, Say on Climate, board gender and ethnic diversity, committee composition and performance and remuneration. Below we have sought to provide a brief but thorough review of the main changes.

From 2022, the updated Glass Lewis guidelines state that "we believe that the boards of large-cap and mid-cap companies in the European Economic Area should be composed of at least 30% of gender diverse directors".

Glass Lewis now clarify that when their guidelines indicate a recommendation against a committee chair, but the chair position has not been designated or, in the case of staggered boards, where the chair is not up for re-election. In such situations, and on a case-by-case basis, Glass Lewis may recommend that shareholders instead vote against the re-election of (a) long-serving committee member(s).

As previously announced, from the 2022 AGM season, Glass Lewis will "generally recommend that shareholders vote against the re-election of the governance committee chair (or equivalent) of companies listed on a major European blue-chip index that fail to provide explicit disclosure concerning the board's role in overseeing material environmental and social issues."

Glass Lewis expanded their discussion of environmental, social & governance issues. They provide additional details of their considerations when evaluating these topics. To summarise, Glass Lewis evaluates all environmental and social issues through the lens of long-term shareholder value. They believe that companies should be considering material environmental and social factors in all aspects of their operations and that companies should provide shareholders with disclosures that allow them to understand how these factors are being considered and how attendant risks are being mitigated.

The guidelines now include an outline of their guidance on the use of E&S metrics in the variable incentive programmes for executive directors. Glass Lewis does not maintain a requirement of the inclusion of such metrics in incentive programmes and believes companies should be afforded flexibility of their use in either the short- or long-term incentive. Where E&S metrics are included, Glass Lewis expects "as with other types of metrics, robust disclosure on the metrics selected, the rigour of performance targets, and the determination of corresponding payout opportunities. For qualitative E&S metrics, the company should provide shareholders a thorough understanding of how these metrics will be or were assessed."

Glass Lewis has published a specific document covering ESG initiatives worldwide. Below we cover the aspects most relevant to the UK & Continental Europe.

Glass Lewis has clarified the factors they consider when evaluating companies' board-level oversight of ESG-related material risks. The guidelines state that "these risks could include, but are not limited to matters related to climate change, human capital management, diversity, stakeholder relations, and health, safety & environment. Beginning in 2022, for large- and mid-cap companies and in instances where we identify material oversight concerns, Glass Lewis will review a company's overall governance practices and identify which directors or board-level committees have been charged with oversight of environmental and/or social issues." Accordingly, Glass Lewis "will generally recommend voting against the governance chair of a company who fails to provide explicit disclosure concerning the board's role in overseeing these issues."

Say on Climate (board and shareholder proposals)

When companies have adopted such a vote, and are asking shareholders to weigh in on their climate related strategies, Glass Lewis "will evaluate companies' climate transition plans on a case-by-case basis." They will "consider companies' disclosure of the board's role in setting company strategy in the context of the Say on Climate vote as well as disclosure on how the board intends to interpret the vote results and its engagement with shareholders on the issue. In addition, Glass Lewis will evaluate each climate transition plan in the context of each companies' unique operations and risk profile." 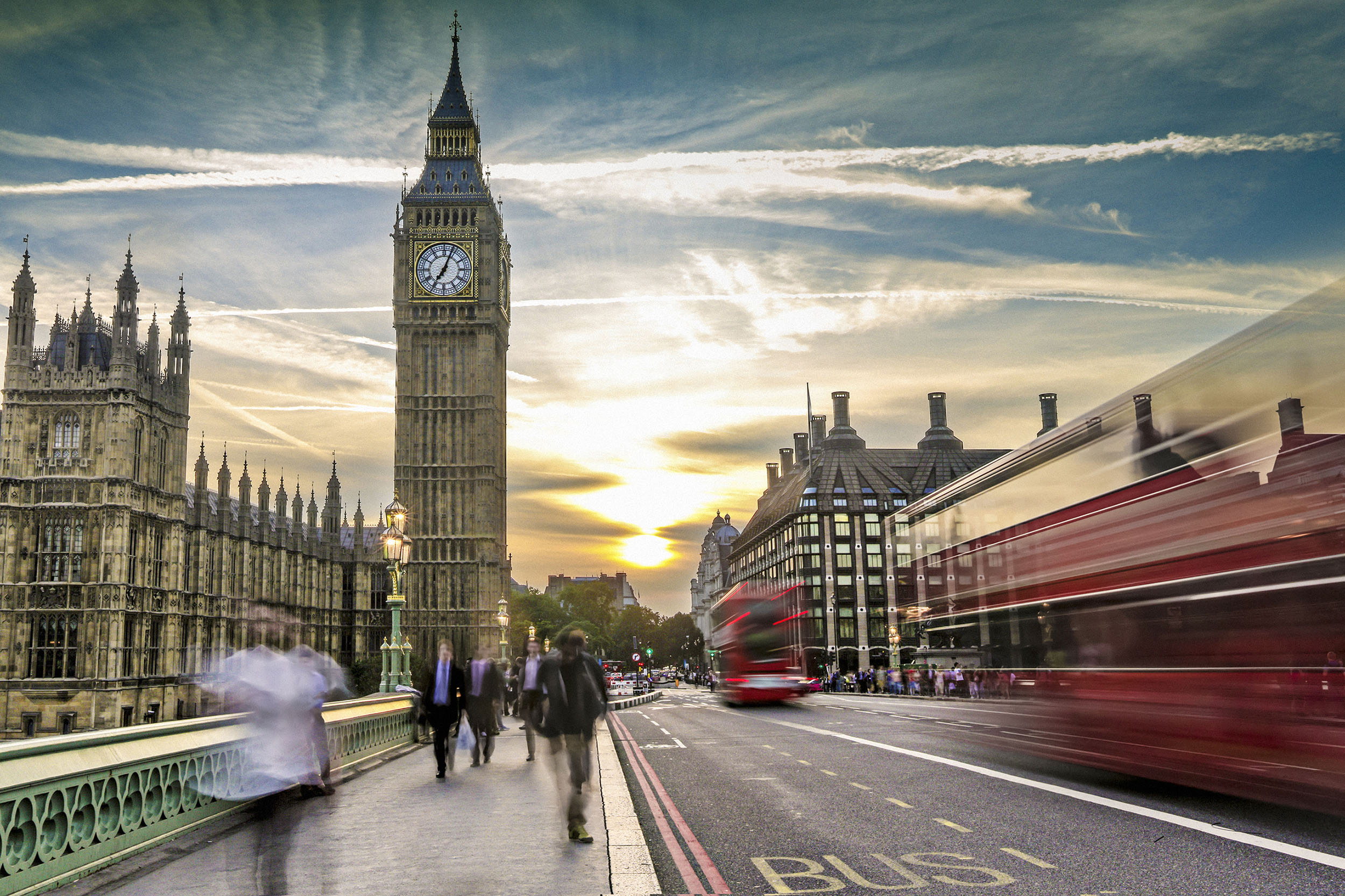 Board diversity (ethnicity and national origin)

From 2022, the new UK voting guidelines state that "Glass Lewis will generally recommend against the re-election of the chair of the nomination committee at any FTSE 100 board that has failed to appoint at least one director from a minority ethnic group and has failed to provide clear and compelling disclosure for why it has been unable to do so."

Link between pay and performance

Glass Lewis has restructured the section of the guidelines for the "Link Between Pay and Performance", "predominantly to better clarify the key considerations that we take into account when analysing shareholder votes on a company's remuneration policy and the remuneration report."

The guidelines covering remuneration report votes have been significantly expanded. They state that "in cases where our analysis reveals remuneration practices or disclosure in significant need of reform, we will generally recommend that shareholders vote against the remuneration report." Specifically, "such instances include evidence of a pattern of poor pay-for-performance practices, unclear or questionable disclosure regarding the overall remuneration structure (e.g. limited information regarding benchmarking processes, limited rationale for bonus performance metrics and targets, etc.), questionable adjustments to certain aspects of policy implementation and/or outcomes (e.g. limited rationale for significant changes to performance targets or metrics, the payout of guaranteed bonuses or sizeable retention grants, etc.) and/or other egregious remuneration practices." 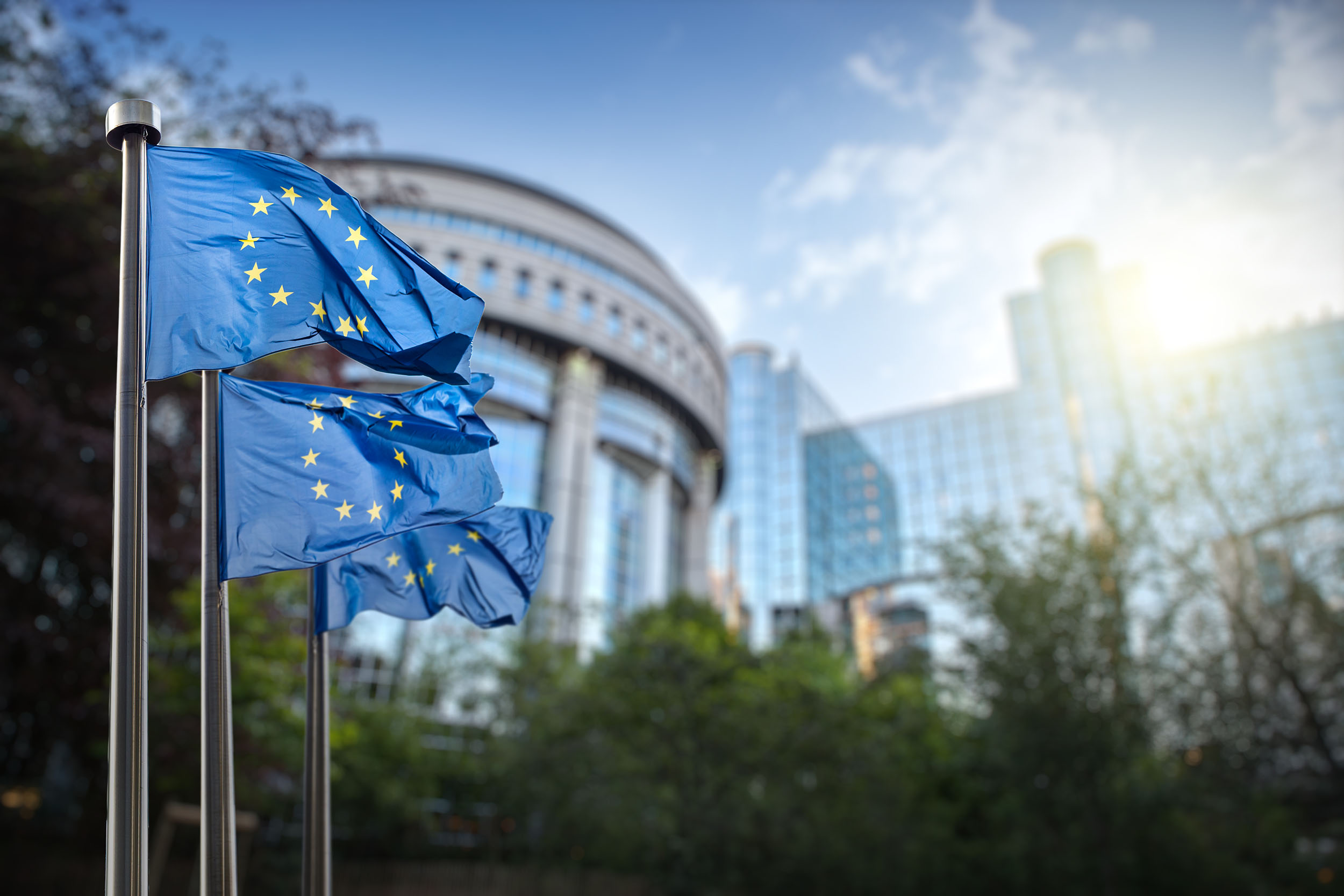 Standards for assessing the Audit Committee

Glass Lewis has updated their guidelines for the assessment of the Audit Committee. From 2022, the guidelines state that "in European countries where the applicable local governance code calls for the representation of financial/auditing experience on the audit committee, we may recommend that shareholders vote against the re-election of the audit committee chair and/or other committee members standing for re-election when we have been unable to determine the representation of such expertise through the director biographies and disclosure provided by a company." The guidelines state that in all European companies they are "more likely to recommend voting against committee members when there are indications of poor accounting oversight and we are unable to determine that sufficient expertise is represented on the committee."

Ratification of Board, Management, and Auditors' Acts 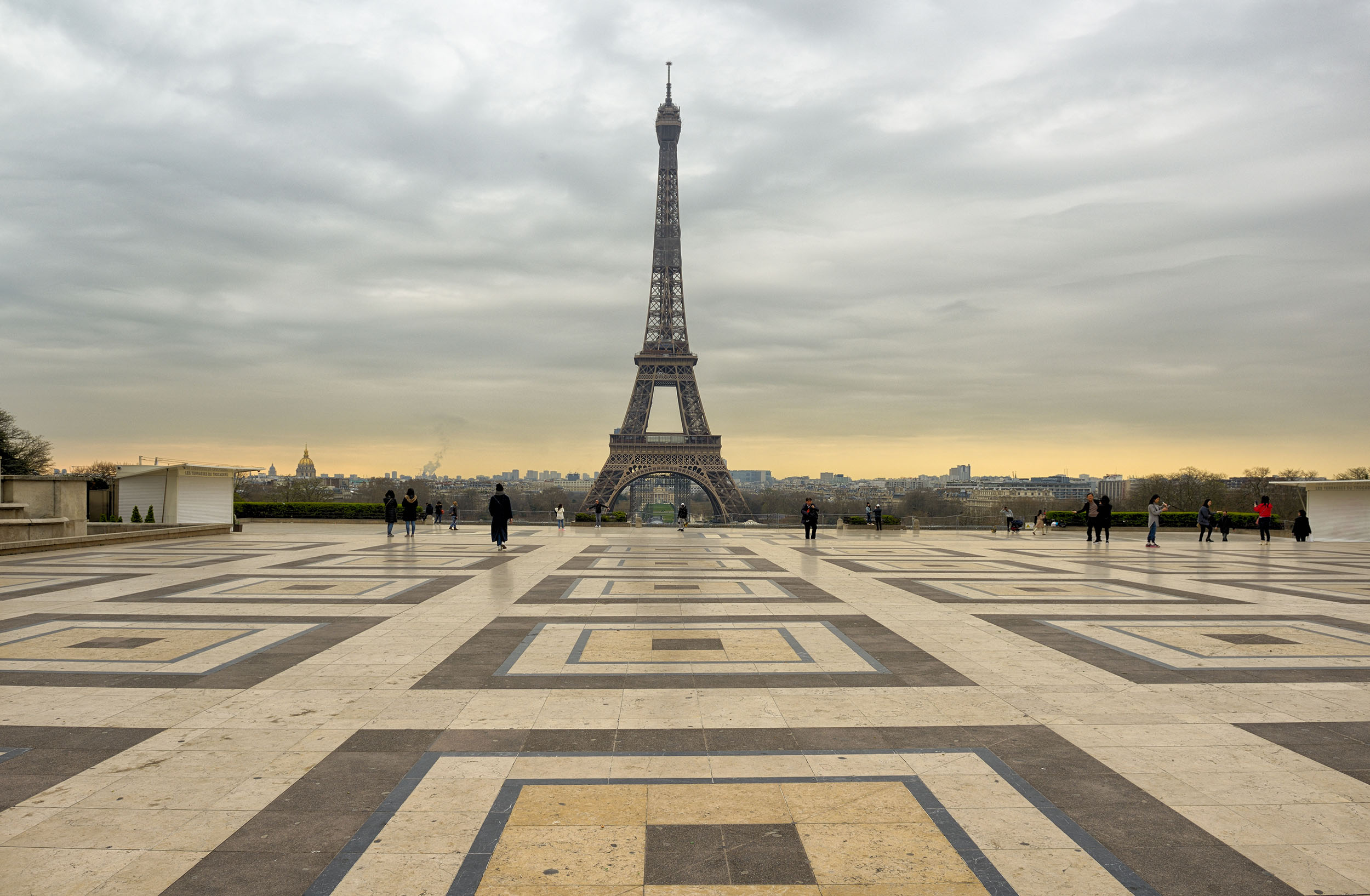 These guidelines were updated to clarify that "we may recommend that shareholders vote against the remuneration report if executives' remuneration has one or multiple severe ongoing issues such as structural shortcomings, lack of disclosure of key features of the remuneration structure, and/or significant shareholder opposition that has not been addressed by the company for multiple years."

The guidelines now specify that Glass Lewis expects companies to disclose "the individualised attendance records of directors at board and committee meetings. Where a company listed on the SBF120 index fails to ensure that clear, individualised director attendance records are disclosed, we will generally recommend that shareholders vote against the re-election of the governance committee chair (or equivalent)."

Compliance with a Corporate Governance Code

Separation of the roles of Board Chair and CEO

Glass Lewis guidelines now clarify their expectations when the roles of chair and CEO are combined, stating: "We have specified that we may recommend voting against the nominating committee chair when the chair and CEO roles are combined if the board has failed to appoint an independent lead director or adopted other countervailing board leadership structures."

These guidelines were updated in line with Glass Lewis' Continental Europe Policy Guidelines to "outline our expectation that when boards elect to establish age or term limits deviating from the standard legal provisions, such limits should apply equally to all directors. If a company seeks to introduce or amend an age limit for a specific board role or a designated restricted group of directors and/or corporate officers, Glass Lewis will consider recommending shareholders vote against the related article amendment, unless compelling rationale is provided." 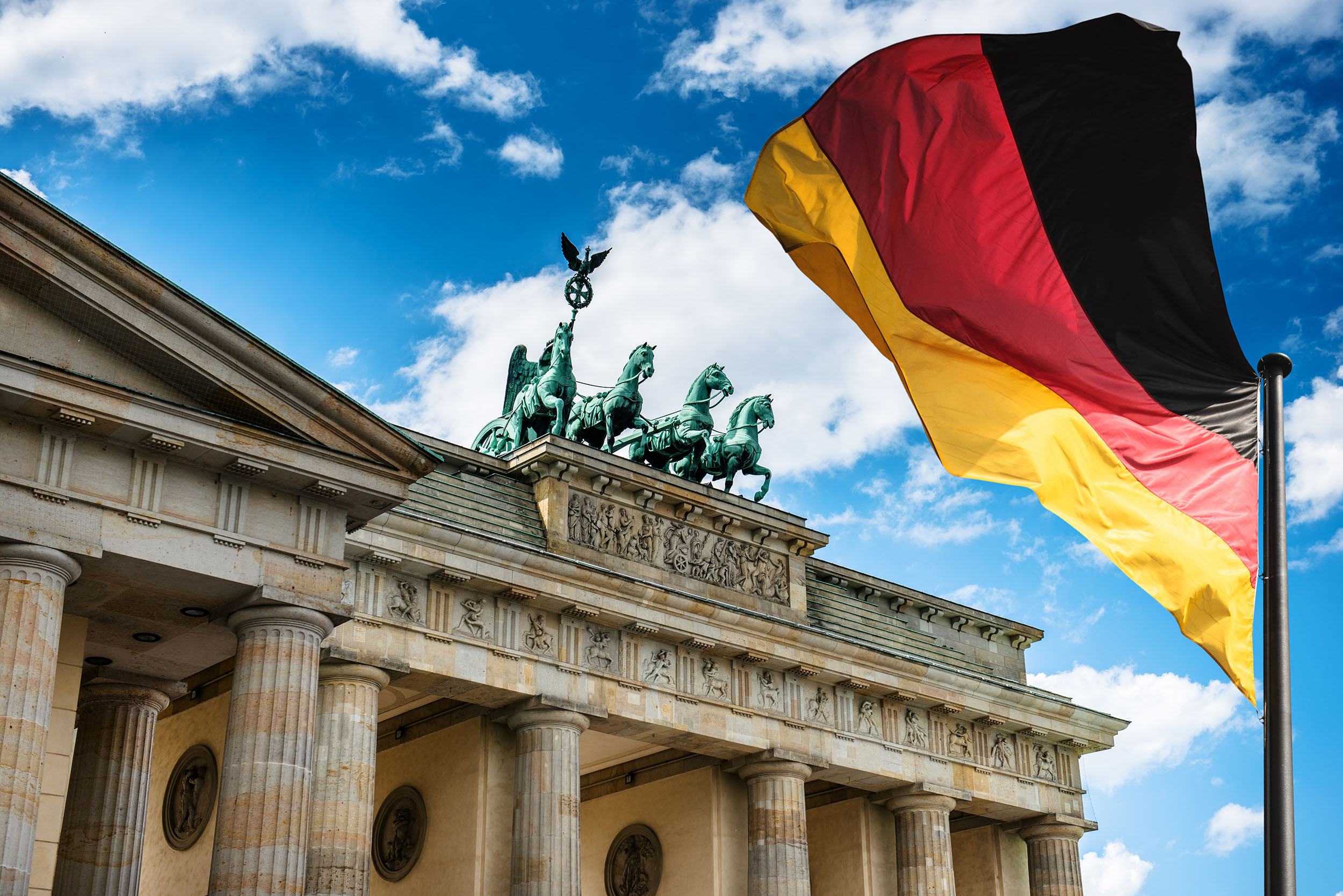 Classified Supervisory Board and term lengths

These guidelines were updated to clarify "our expectation, as previously announced, that the supervisory boards of all DAX and MDAX companies be composed of at least 30% of gender diverse directors by the 2022 annual general meeting" (as stated in the ). We have introduced a new sub-section to outline the new law on management board gender diversity. […] Given the consequences of board seats initially remaining empty if companies subject to the 30% quota fail to comply with the legislation, Glass Lewis may recommend voting against the nominating committee chair if forthcoming elections appear to contravene the gender quota provisions and no compelling justification is provided."

Glass Lewis has updated these guidelines to clarify their belief that "shareholders are best served when companies disclose the remuneration that was earned by – rather than paid out to – management board members in the fiscal year under review. Where a company is unable or unwilling to disclose the remuneration earned by management board members in the past year, we believe that shareholders can reasonably expect the company to provide rationale for this and an estimate of the target achievement for earned amounts."

Furthermore, the guidelines state that "we expect clear disclosure of the amount of individual annual pension contributions for management board members and of the treatment of outstanding long-term awards upon a management board member's termination. Here, we have also stipulated that we may recommend a vote against the remuneration report if excessive and/or egregious termination payments are allocated, especially where compounding concerns are present."

The updated guidelines on the Management board remuneration policy now stipulate that "we expect the relative weight of fixed and short-term pay elements not to exceed the weight of long-term elements without a cogent rationale, in line with Kodex recommendations. Further, we have clarified our expectation that severance agreements are capped at no more than twice the management board member's annual remuneration and take into account any additional potential payments under a non-competition clause, in line with Kodex recommendations." 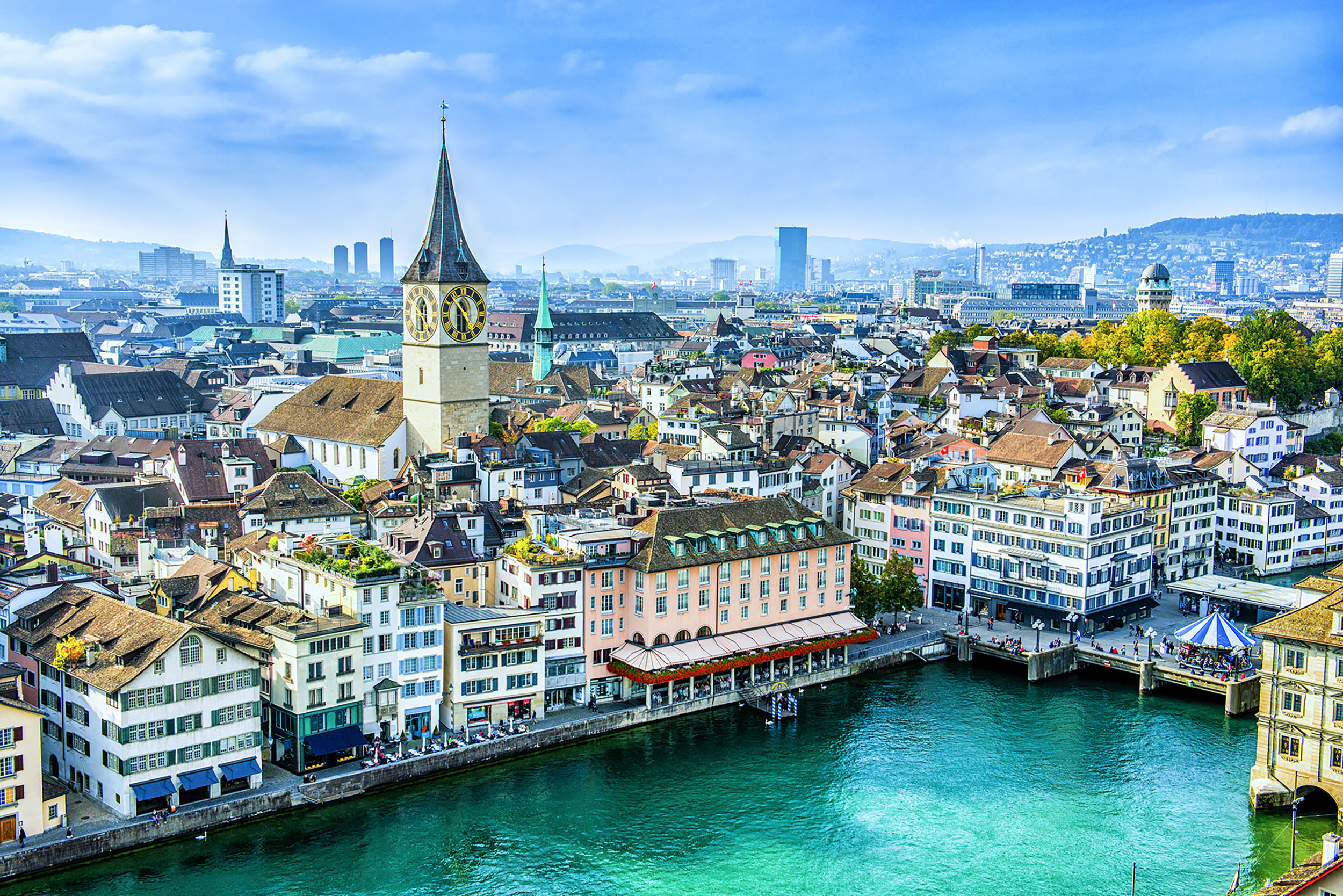 Glass Lewis has updated these guidelines to clarify that in Switzerland "where a board decides not to constitute an audit or nominating committee due to the limited number of board members, we expect companies to explicitly address and justify this choice. Further we have clarified that, in such case, we would assess the composition of the board as a whole against the criteria normally considered for the assessment of the composition of the committee in question."

The updated guidelines specify that, "while we recognise that full individual disclosure of remuneration for all executive directors is not mandated by Swiss law, we expect companies to disclose, at a minimum, the amount of any special payments allocated to individual executives outside the regular incentive system." Additionally, the guidelines state "we have outlined our belief that disclosure of the value of both granted and vested long-term awards would better align with international best practice." 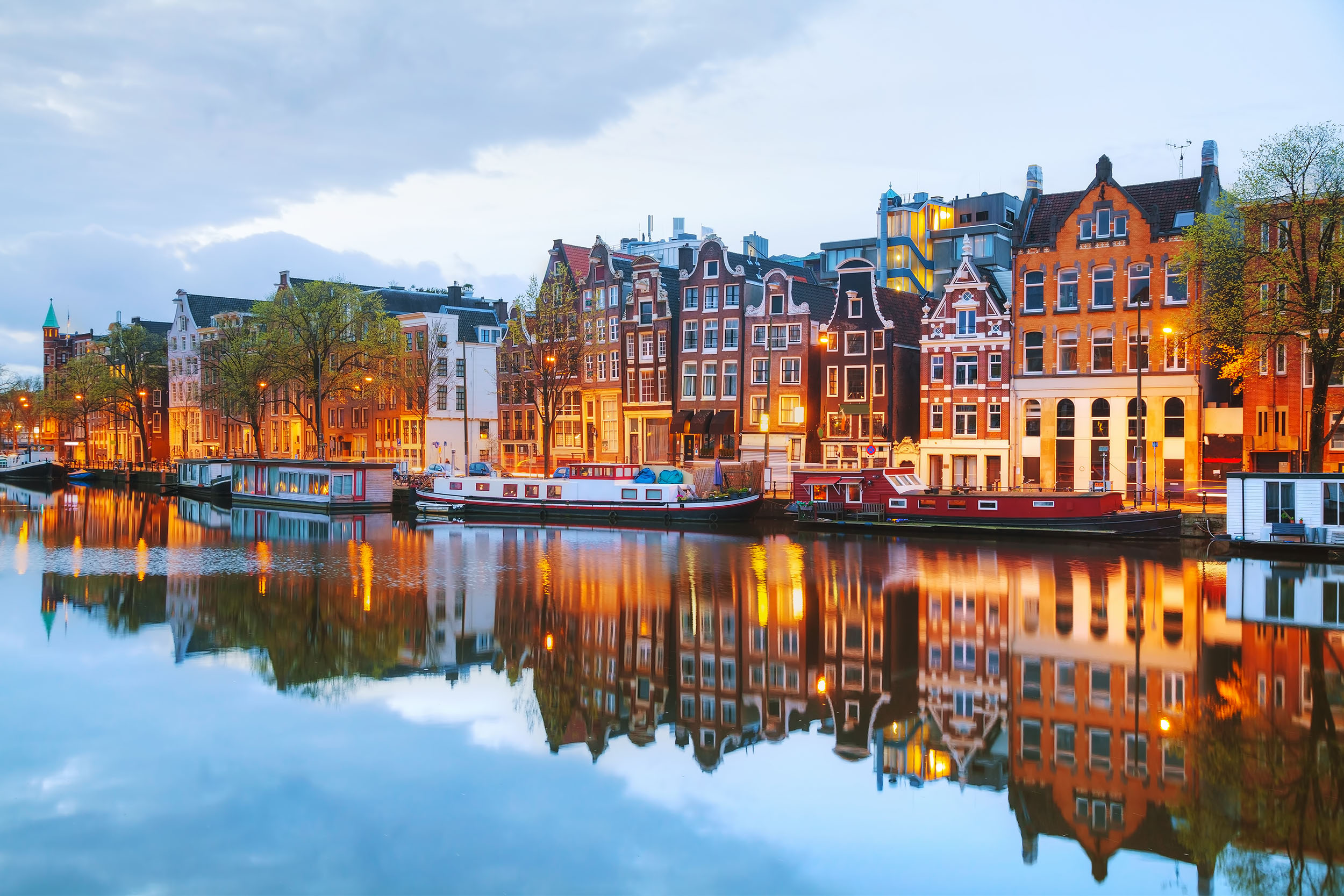 Glass Lewis has updated these guidelines to clarify their expectation that the boards of all AEX and AMX companies be composed of at least 30% of gender diverse directors (in line with their European guideline). Furthermore, they state "we have clarified that we expect all companies that are making use of one of the exceptions in the new gender quota in the Netherlands to provide compelling rationale for why they are proposing that the least-represented gender will not account for at least one-third of board positions. Should a company fail to comply with the aforementioned, we will generally recommend that shareholders vote against the re-election of the nominating committee chair (or equivalent) or a new nominee to the board, as appropriate.

Stay up to date

Sign up to receive news and insights from Georgeson via email